What is a gate valve? It is a shut-off device to open and close the flow of the fluid conveyed by a piping system (or a pipeline). A gate valve is a bi-directional valve, as the fluid may flow in either direction. The installation of this type of valve creates a modest pressure drop in the pipeline, lower than globe valves. Gate valves have forged bodies for bore sizes below 2 inches (API 602/BS 5352), and cast bodies for larger sizes (API 600, API 603, API 6D).

Gate valves are on-off valves to open and close the flow of the fluid in a pipeline. The valve is opened and/or closed by the vertical movement of a disc on the valve’s seat.

The main advantages of this type of valve are:

The most important specifications covering gate valves used for piping systems are:

This is the most common type, covered by the API 600 (carbon and alloy steel) and API 603 (stainless steel and higher grades) specifications. Cast steel gate valves are available in sizes above 2 inches, and up to 80 inches.

Forged steel valves are used for small bore piping, generally below 2 inches in diameter. The API 602 and BS 5352 specifications cover this type of gate valves.

These are gate valves for pipelines and are available in two key designs, slab and expanding gate.

Pressure seal gate valves are used for high-pressure applications. The most common types of valves for high-pressure application are the flexible wedge and the parallel slide pressure seal valve. They are generally available with cast or forged bodies, in dimensions from 2 to 24 inches and pressure rating from 600# to 4500#, with socket weld or buttweld, ends to ensure tight flanged joint connections (but flanged ends are also possible). 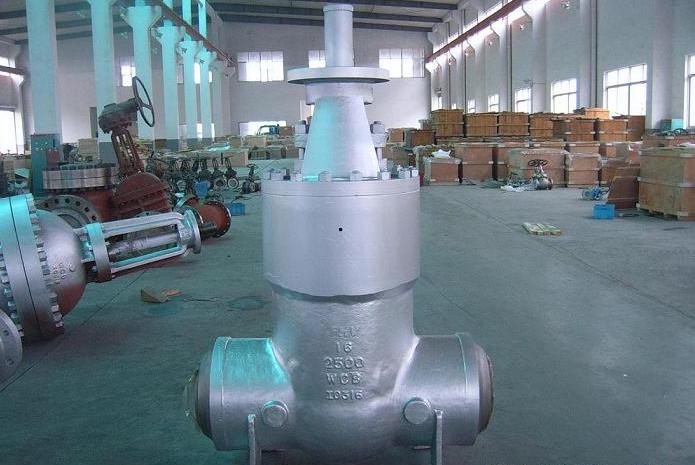 Knife gate valves were originally introduced within the pulp and paper industry, where standard shut-off valves could not properly operate due to the nature of the fluids conveyed during the paper production process.

Knife valves should never be used as modulating valves (to regulate the flow) as the fluid flowing through a partly closed valve would generate vibration and erode both the disk and the seat.

Therefore, knife valves should be used completely closed or opened like any other type of gate valve (globe valves are recommended to regulate the flow).

Lastly, to protect the valve against the impact of the water hammer effect, knife valves feature a very slow opening and closing speed.

A Knife valve can be manufactured in materials from ductile iron to stainless steel and in sizes between 2 and 24 inches (generally with cast bodies) with low-pressure ratings (< 300 lbs).

There are many different variants of knife valves, such as the soft-seated (resilient type, with elastomer seats) and the metal seated (the seat and the disc generate a metal-to-metal seal), the slide gate and bonneted types. 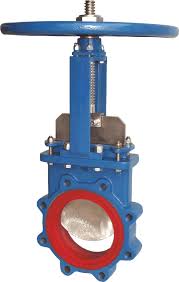 The differences with standard design are:

What is the difference between a gate and a ball valve?

Ball and gate valves execute the same function, i.e. they can open and close the flow of the fluid of the pipeline. However, there are a few differences between these two types of valves:

What is the difference between a gate and a globe valve?

A gate valve cannot be used to modulate and regulate the flow of the fluid, as its high speed would damage the wedge and the seats in case of partial opening or closing of the valve, and they cannot be used for quick opening and close operations either.

Fluid throttling and regulation, and repeated open/close operations shall be executed using globe valves instead of gate valves.

The gate valve diagram shows the standard assembly drawing of a gate valve. Many design variations are possible, depending on the gate valve parts configuration: 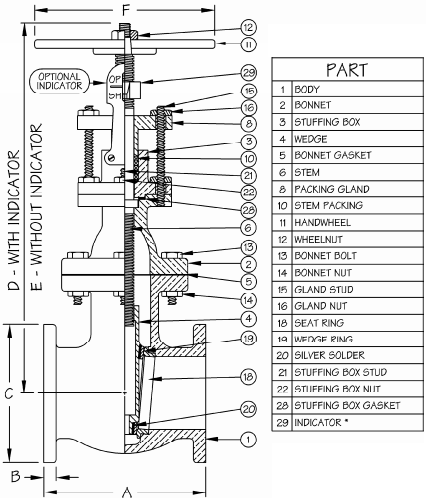 The image below shows how the gate valve wedge opens and closes the flow of the fluid by application of a vertical movement (which can be manual or operated by an actuator). 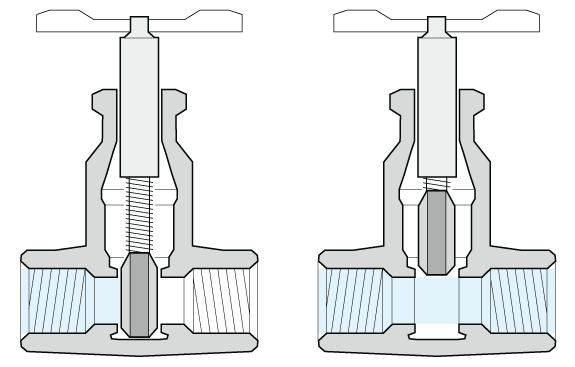 The wedge is positioned between two parallel (or oblique) seats which are perpendicular to the flow. The fluid flows horizontally through gate valves and is not subject to pressure drops. Wedges can be of different types: 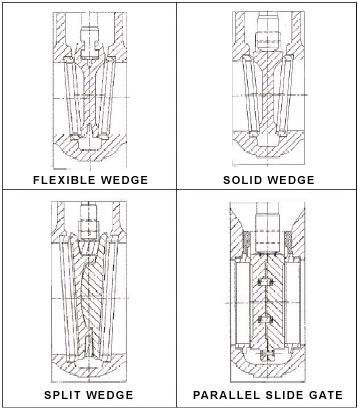 It is very frequent to see the term “OS&Y” associated with gate valves.
This term means that when the handle of a gate valve is rotated to open or close the valve, it directly raises and lowers the disc by interacting with the stem of the valve.

In an “OS&Y gate valve”, the stem of the valve itself raises and lowers outside the body of the valve in a very visible way, while the handle remains in a fixed position.

When the stem raises, the disc inside the body of the valve rises from the seat letting the fluid flow through the valve (valve in open position).
Therefore with an OS&Y gate valve, the actual position of a valve (closed or open) is always evident to the operators.

Differently, the valve position is not immediately visible for “IS&Y gate valves” (inside screw and yoke), as the stem of the valve does not raise or lowers outside the valve when the handle is rotated.

The removable and replaceable parts of the valve are collectively defined as “trim” (for a gate valve: seat, disc, backseat and, stem).
The API 600 specification foresees a number of standard trim combinations, as illustrated below 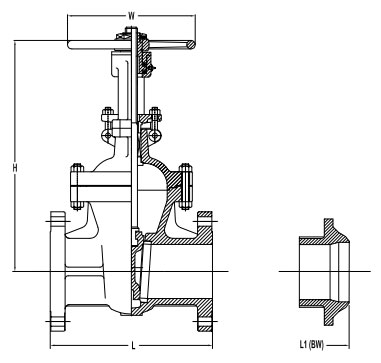 Projectmaterials is the world’s most viewed website for piping products. We have more than 2.5 million visitors per year, and counting

Leave your email to receive our news. We won’t spam you or sell your profile to anyone.

This website uses cookies to improve your experience while you navigate through the website. Out of these cookies, the cookies that are categorized as necessary are stored on your browser as they are essential for the working of basic functionalities of the website. We also use third-party cookies that help us analyze and understand how you use this website. These cookies will be stored in your browser only with your consent. You also have the option to opt-out of these cookies. But opting out of some of these cookies may have an effect on your browsing experience.
Necessary Always Enabled
Necessary cookies are absolutely essential for the website to function properly. This category only includes cookies that ensures basic functionalities and security features of the website. These cookies do not store any personal information.
Non-necessary
Any cookies that may not be particularly necessary for the website to function and is used specifically to collect user personal data via analytics, ads, other embedded contents are termed as non-necessary cookies. It is mandatory to procure user consent prior to running these cookies on your website.
SAVE & ACCEPT